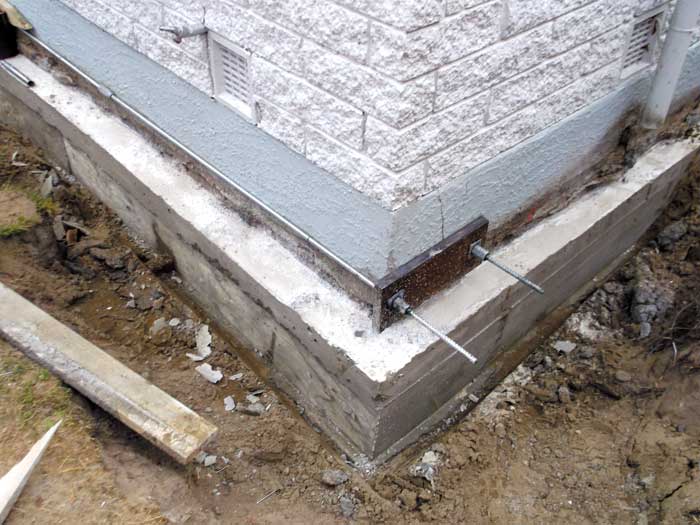 The eastern suburb of Parklands suffered widespread earthquake damage. This house is typical of the suburb in age, type of damage it sustained, and classification of the land it is built on. Assessment showed the foundation had settled 138mm, causing moderate damage to the Summerhill Stone veneer and minor cracks to the perimeter foundation beam.

The repair strategy was to use a mechanical lift off concrete jacking pads. To create jacking points, patio, steps, fences and paths were first removed. Every second jacking point was excavated, then concreted. Remaining jacking points then received the same treatment.

Tension bars were fitted along both sides of the foundation beam to “squeeze” up the cracks. The perimeter foundation was then jacked to height, bearers simultaneously lifted and, where required, new bearers installed.

After final levels were taken, the perimeter beam was continuously excavated to allow reinforcing and 25MPA concrete to fill all cavities. Lastly, the cracks in the veneer, which had closed up on re-levelling, were ground out and repointed.